Bengal cats are a unique breed of feline that is becoming increasingly popular. If you’re thinking of adding one to your family, you may be wondering if they are legal in New York. The answer is yes, Bengal cats are legal in NY, but there are some important things to keep in mind before bringing one home.

Keep reading to learn more about the laws governing Bengal cats in New York and find out what you need to do to ensure your new pet doesn’t get you in trouble.

Are Bengal Cats Legal in NY

If you’re thinking of getting a Bengal cat, you may be wondering if they are legal in New York. The short answer is that it depends on the generation of the Bengal cat. F1-G4 generations are regulated in New York, meaning that they can only be owned by those with special wild animal permits and licenses. However, F5 and later generations are not regulated and can be owned without restriction.  So if you’re planning on getting a Bengal cat, make sure to check what generation it is before bringing it home to New York.

Are Bengal Cats Legal in NYC 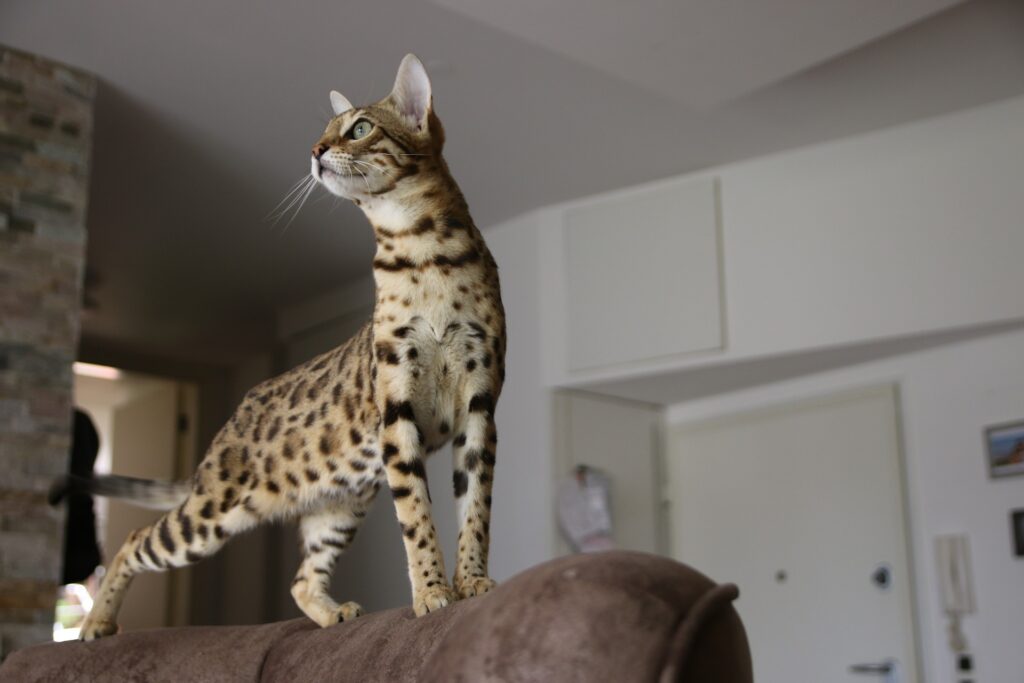 Bengal cats are not currently legal in the city of New York. This is because they are considered a wild cat species and, as such, are not allowed to be kept as pets within city limits and the surrounding five boroughs.There has been some debate on whether or not Bengals should be classified as wild cats, as they are often bred in captivity and do not typically display the same aggressive behaviors as their wild counterparts.However, the city of New York takes a strict stance on the matter, and so Bengal cats remain illegal at this time.

(2) Felidae and all hybrids thereof, with the exception of the species
Felis catus (domesticated and feral cats, which shall mean domesticated
cats that were formerly owned and that have been abandoned and that are no longer socialized, as well as offspring of such cats) and hybrids of
Felis catus that are registered by the American Cat Fanciers Association
or the International Cat Association provided that such cats be without
any wild felid parentage for a minimum of five generations,

NYC laws prohibits the ownership of all hybrid cats.

It’s no secret that one of the biggest downfalls of owning a cat is dealing with their fur. The problem is that sometimes their fur can get tangled in knots and mats, which are difficult for a human to remove without scissors or clippers. On this page, you’ll find the best matted cat hair removal […]

Taking your cat for a long trip in a car can be a great experience, if you plan ahead and get the right cat carrier. After reviewing dozens of carriers we have found the best cat carrier for long car trips to be the One for Pets Fabric Portable 2-in-1 Double Pet Kennel (Buy Online). […]

Do you have a cat that has awful breath? Trust me it’s no fun for either of you. Luckily, as their owner, there are ways that you can make sure your cat has fresh breath and healthy gums. One way to care for your cats’ dental hygiene is by feeding them feline dental treats. To […]