When most people refer to ammonia they tend to think of it as one thing. In actuality, ammonia refers to two chemical species NH3, un-ionized and NH4+, ionized. The un-ionized NH3 is ammonia while the ionized NH4+ is ammonium. The unionized ammonia is what you need to focus on since it is about 100 times more toxic than ammonium to fish.

The concentration of un-ionized ammonia in water is mediated by pH and temperature. Hard water that has a high pH will tend to have more ammonia than soft water with a low pH. Water temperature also plays a role in the total amount of ammonia in freshwater, but to a lesser extent than pH.

How to Understand a Fish Tank Ammonia Test

The number most aquarium water test kits report is total ammonia nitrogen. This is the total combined amount of ammonia (NH3), and ammonium (NH4+), found in your fish tank. Some people tend to get worried if they see even a small uptick in total ammonia. In reality, though you really need to be concerned with the un-ionized ammonia concentration if you are worried about the safety of your fish.

Once you get an accurate reading for both ammonia and pH you should write them down so they don’t slip your memory. Then you will just need to make note of the temperature of the water, and then you will be ready to calculate the unionized ammonia concentration.

After that all you will have to do is enter the pH, temperature, and total ammonia nitrogen concentration into the Unionized Ammonia Calculator located at the top of this article. Then you will have an accurate measurement of how much ammonia and ammonium you actually have in your tank.

How Much Ammonia is Toxic to Fish? 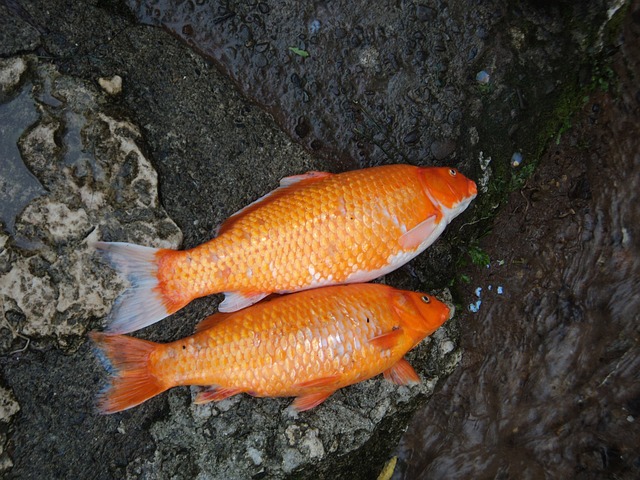 Once you know how much ammonia (NH3) is actually in your aquarium you can address if the ammonia level is in a normal range. In most cases, ammonia is toxic to fish at a concentration of 0.05 ppm. When fish are exposed to such high ammonia levels for even short durations death can occur rapidly.

How Does Ammonia Affect Fish?

Ammonia toxicity symptoms can range from lethargy, loss of appetite, gasping for air, and inflamed gills. When a fish is exposed to high levels of ammonia for even a short amount of time any damage that occurs can be severe and irreversible. Their gills, skin, and eyes can be burned and they will no longer be able to “breathe”.

Once this happens any ammonia your fish produces will start to build up in their body, which will eventually cause your fish to become ill. This will lead to the classic symptoms of ammonia poisoning like floating at the surface and refusing to eat. In most cases, this damage is completely irreversible, and even if your fish does recover the damage that was done will be permanent.

How Many Mystery Snails Per Gallon

If you’re a new aquarium owner, you may be wondering how many mystery snails you can add to your tank. While there is no set answer, adding too many snails can lead to overcrowding and problems with the tank’s ecosystem. On the other hand, not having enough snails can mean your tank doesn’t look its […]

Do GloFish Need a Filter?

If you’re planning on getting GloFish, you might be asking yourself the question do GloFish need a filter? The short answer to this question is yes GloFish will need a filter. If you plan on keeping GloFish in a small fish tank we recommend you get a sponge filter (Amazon Link). For larger aquariums the […]