Crested geckos are one of the most popular pet reptiles, and there’s a good reason for that – they’re adorable. But like all animals, they have their quirks, one of which is losing their tails. It might be alarming to see your gecko without its tail, but it’s nothing to worry about – here’s what you need to know about crestie tail loss.

Why Do Crested Geckos Lose their Tails

There are several reasons why a crested gecko might lose its tail. One is rough handling. If a crested gecko is grabbed or picked up by the tail, it may break off so it can escape.

Another reason is stress. Crested geckos are very sensitive to stress and may lose their tails if they feel threatened or anxious.

Additionally, mating can sometimes be a stressful experience for crested geckos, and males, in particular, may lose their tails during fighting or courtship displays.

Finally, predators may also play a role in tail loss. For example, if a predator attacks a crested gecko, it may break off its tail to get away.

Can A Crested Gecko Grow its Tail Back

The bottom line is that a lost crested gecko’s tail will not grow back, but a crested gecko can live a perfectly healthy life without its tail. Geckos have been known to lose their tails in all sorts of ways–from being attacked by predators to getting stuck in sticky situations, but they always manage to adapt and survive. So don’t worry if your gecko happens to lose its tail; it’ll just be a little bit shorter for the rest of its life.

Crested geckos don’t drop their tails easily since their tail does not grow back. When a crested gecko does lose its tail, it’s not as simple as just regenerating a new one – the original tail will have detached entirely from the lizard’s body, and a stub will be all that is left. For this reason, it’s not as common for a crested gecko to drop its tail since it is a one-time deal that comes at a very high price.

How To Prevent Crested Gecko from Losing Tail 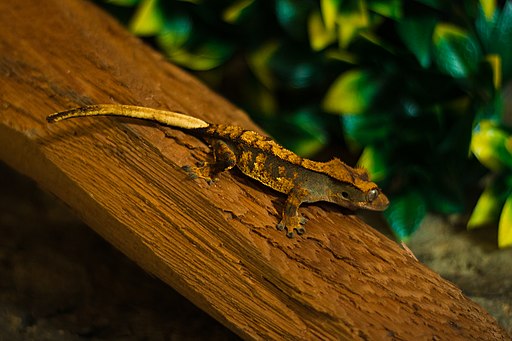 Crested geckos are well-known for their ability to drop their tails as a defense mechanism. While this tail-dropping behavior is natural, it can be frustrating for owners who find their gecko sans tail.

Fortunately, there are a few things that can be done to help prevent tail loss. First, crested geckos need UV light to produce vitamin D. Without vitamin D, they can become calcium deficient, leading to health problems and a higher incidence of tail loss.

In addition, it is important to maintain optimal temperature and humidity levels in a crested gecko habitat. Too much humidity can lead to skin problems that make tail loss more likely, while too little humidity can cause dehydration and stress.

Finally, it is important to remove any objects in the terrarium that could lead to injury and tail loss. By taking these precautions, you can help reduce the likelihood of your crested gecko losing its tail.

Is it painful for a crested gecko to lose its tail?

Losing a tail is traumatic for a crested gecko, but it is not usually painful. Most of the time, they will try to hide from sight and remain still until the shock of losing their tail subsides. In some cases, there may be a bit of minor discomfort and bleeding, but this typically clears up within a few days. Overall, crested geckos are very resilient creatures and will usually recover quickly from any trauma, including losing their tail.

Do crested geckos eat their tail?

No, crested geckos do not eat their tails. Instead, they will often drop their tails as a defense mechanism to distract predators and allow them to escape. The tail will continue to wiggle and writhe for a short time, hopefully long enough to occupy the predator so the crested gecko can make its getaway.

What happens when a crested gecko loses its tail?

If a crested gecko loses its tail, a single tail bone plate will fracture at the base of the tail allowing a crested gecko to amputate its tail completely. The stump will heal, and new tissue will grow, but the tail will not regenerate.

While this may seem like a disadvantage, it helps to protect crested geckos from predators. If a predator grabs hold of its tail, the whole tail will detach easily, allowing the gecko to escape. So while lost tails cannot be regrown, crested geckos can still live healthy and happy lives without them.

What To Do if Your Crested Gecko Loses its Tail 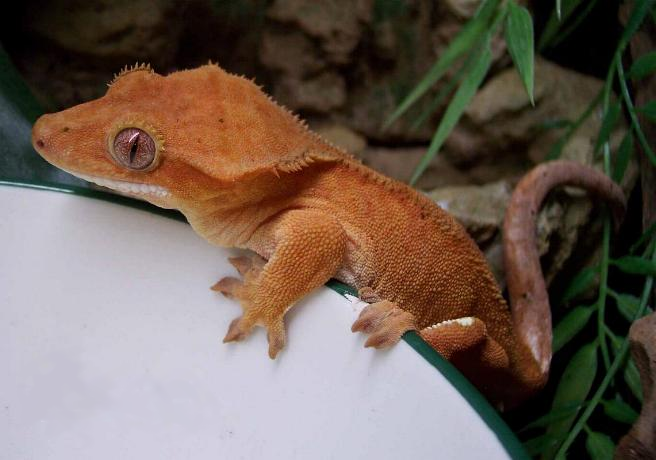 If your crested gecko loses its tail, it’s important to remain calm. In most cases, the tail will heal on its own, and there’s no need for medical intervention. However, it’s still a good idea to closely monitor your gecko during this time. If you notice any signs of infection, such as redness, swelling, or discharge, take them to a vet immediately. With proper care, your gecko will fully recover and return to its old self in no time.

How long does it take for a crested gecko tail to heal?

To help your crested gecko heal, you can make sure that it has a clean and comfortable environment in which to reside. You should also make sure that your gecko has access to plenty of fresh water and food to help speed up the healing process.

Tail bites can be serious and can lead to the loss of the tail, and if your crested gecko has been bitten on the tail and is infected, you should take him to a vet for treatment.

Tail kinks are a common injury among crested geckos. They can be caused by trauma and are usually unrelated to a vitamin deficiency. While they may not always be serious, it is important to monitor them and make sure that the gecko does not get worse or become infected. If left untreated, tail kinks and infections can lead to the amputation of the tail.

If you’re looking for the best incubator for tortoise eggs, you’ve come to the right place. On this page, we’ll discuss the different types of incubators available and what factors you should consider when choosing one. We’ll also provide a few tips on how to incubate tortoise eggs. So if you’re interested in learning more, […]

Best Moss for a Leopard Gecko

Best Cage for a Crested Gecko

Choosing the best cage for a crested gecko can be a bit of a challenge. There are so many types and sizes available it can be hard to narrow down your options. In this guide, we’ll go over the best crested gecko vivariums and cages currently on the market. If you’re just interested in our […]