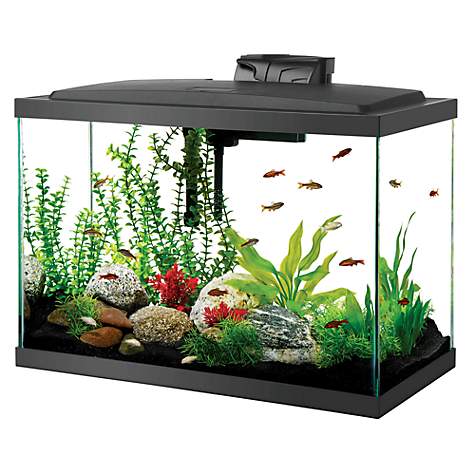 What GPH Pump Do I Need? 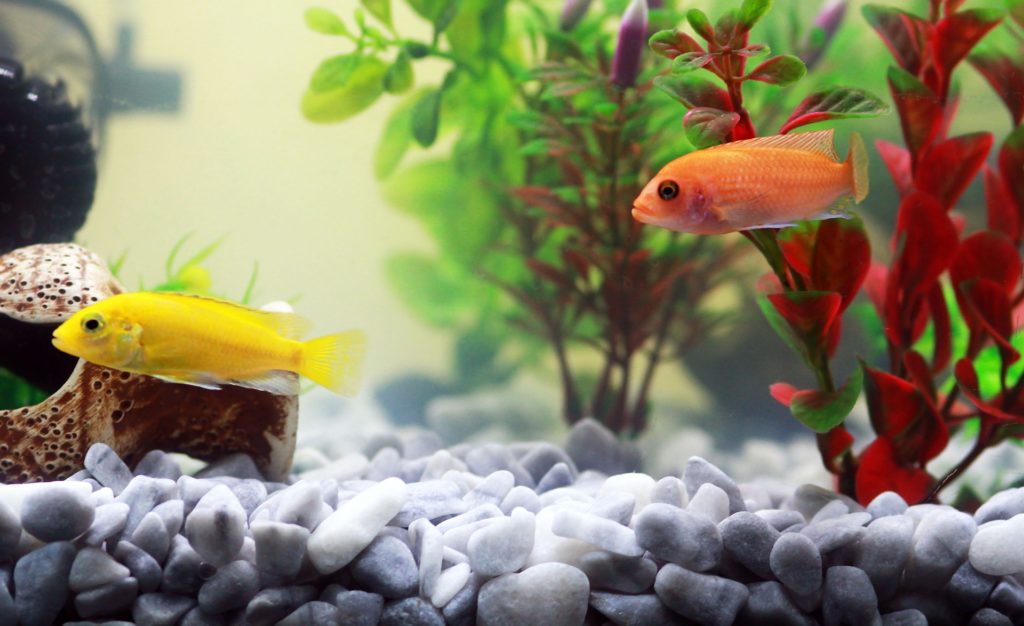 One of the first things you will need to do when you get a new aquarium is to figure out how large of a pump you will need. A good rule of thumb to follow is that a pump should have a flow rate of 5 GPH (gallons per hour) for every gallon of water in the aquarium. For example, if you have a 29-gallon aquarium you will need a pump with a flow rate of at least 145 GPH to effectively turnover the tank. If you want to know how large of a pump you need for your tank try the aquarium GPH calculator located at the top of this article. 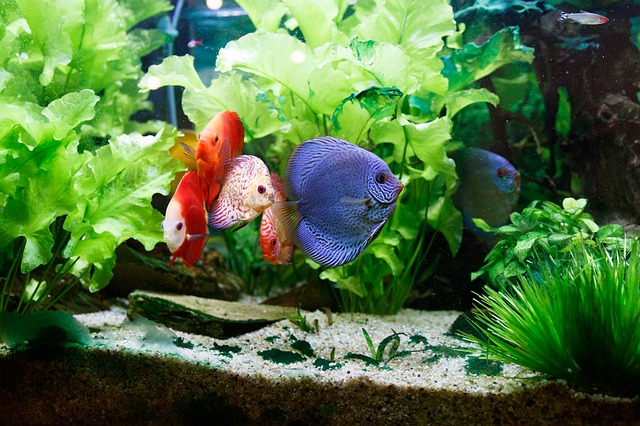 Providing adequate water flow in a planted tank is important for both the plants and the fish. In order for plants to access CO2 (carbon dioxide) and nutrients their needs to be a gentle current in the water. A good flow rate for a pump in a planted tank is around 4 GPH (gallons per hour) for every gallon of water in the aquarium.

While a gentle current is necessary to transport nutrients throughout the tank, that doesn’t mean you need a powerful pump in a planted aquarium. An overpowered pump can actually cause the loss of CO2 due to excessive surface agitation.

A strong flow of water can also harm delicate plants, due to the fact that a powerful current can rip plants out of the substrate. Excessive water flow can also put stress on the plant’s leaves, which can cause damage to the plant, or it can cause the plant to become stunted.

Water Flow in a Saltwater Aquarium 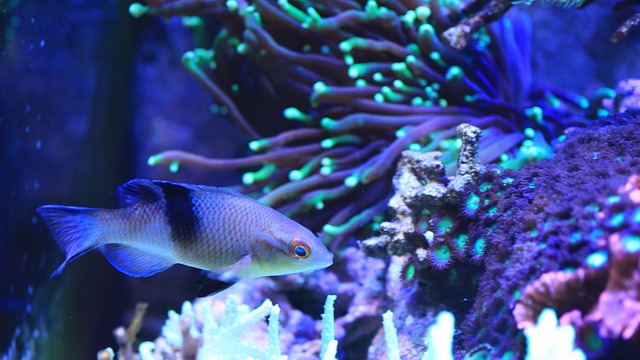 Having a strong current in a saltwater tank mimics the natural environment that most marine fish and invertebrates have evolved for. A strong current gives fish something to swim against which can keep them physically and mentally stimulated in their artificial environment. 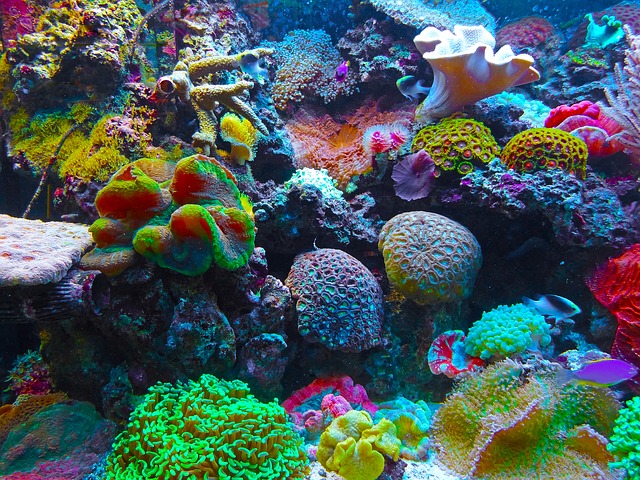 How much flow you provide in a reef tank is also important since corals are dependent on water flow to get access to trace elements. Providing a good current in a reef tank will also allow coral to absorb bits of food as the water flows over and through their body and polyps. Water flow is also important when it comes time for coral to spawn since the free-floating polyps are transported through the water.

How to Calculate GPH

Before we go over how to calculate GPH (gallons per hour) we need to review what is GPH. Most aquarium water pumps on the market are rated for how many gallons of water they can move per hour. This rating is based on the pump moving the water without any change in elevation, which means the pump and the water outlet are at exactly the same elevation.

If the pump and the water outlet are at different elevations then the amount of water the pump can move will be a fraction of its rated capacity. For this reason, you should not expect to get the full capacity of a pump in most situations.

Once you have the pump and all the plumbing set up, you can pump the water out of the bucket and then measure how long it takes for the pump to move a given amount of water. For example, if the pump moved 3 gallons of water in 30 seconds then your pump has a real-world flow rate of 360 (gallons per hour).

Once you know how many gallons per hour your pump actually moves you can then calculate your aquariums turnover rate. For example, say your pump has a real flow rate of 360 GPH, and you have an aquarium that holds 55-gallons of water. Then all you have to do is divide 360 by 55 to get your turnover rate which in this case is 6.54, which means you will be turning over your tanks water 6.54 times an hour.

Another aspect that can play a role in how large of a pump you will need is if it is internal or external. Each type of pump has pros and cons which we will go over in the following section.

An internal submersible pump is as the name implies placed in the water inside an aquarium. An internal pump usually doesn’t need to be as powerful as an external pump since they usually don’t have to move the water up a steep elevation. For the most part, the greatest elevation change an internal pump will have to deal with is the height of the tank in most situations.

Since an internal pump won’t have as much resistance on its flow rate, you can trust that the rated capacity will be close to its actual flow rate when it is in operation. Internal pumps are a good choice for less complicated aquariums where you need a cost-effective pump that will provide the most flow per dollar. The only downside is that they do take up some space in the aquarium, and some people don’t like their aesthetics.

External pumps are for the most part used in larger aquariums since they are usually more powerful, and they can be used to drive a number of systems. Even though external pumps are usually rated to move large amounts of water, their placement outside the tank can reduce their rated capacity significantly.

Having the pump outside of the tank does come with some benefits though. First, an external pump can be connected to a wide range of equipment like sumps, canister filters, and refugiums. They can also be hidden behind a wall in order to isolate them from a living environment. External pumps can also be connected to complicated plumbing systems that can be used on multiple tanks or to help automate water changes.

What Size Pump for a 55 Gallon Aquarium?

What Size Pump for a 75 Gallon Aquarium?

What Size Pump for a 90 Gallon Aquarium?

What Size Pump for a 125 Gallon Aquarium?

What Size Pump for a 150 Gallon Aquarium?

How Many Fish in a Tank Calculator

How Many Moss Balls Per Gallon

If you’re thinking about getting a few Marimo moss balls, you probably want to know how many will comfortably fit in your aquarium. For the most part, you want to add just enough moss balls to create a balanced aquascape. While at the same time you want to make sure you leave enough room for […]

The best aquarium lighting for fish color is a subject that has been discussed at length. However, as with most things in life, there are many different opinions on the matter. Some people say that the more expensive LED light bulbs have better color rendering than fluorescent lights and others may argue that it doesn’t […]