Yes, you can put Betta fish in a GloFish tank, but you can only keep a Betta with certain GloFish species. However, you want to be mindful when putting a Betta in a GloFish tank since even peaceful GloFish can be fin nippers.

Keep scrolling to learn more about which GloFish species can be safely kept with a Betta Fish.

Also, just to let you know there are now even GloFish Betta for Sale (Buy Online).

Can You Put a Betta Fish in a GloFish Tank

The GloFish species that would be compatible with a Betta Fish include GloFish Danios and GloFish Tetras. And it might be possible to keep a Betta Fish with a GloFish Shark with some caveats, which we’ll go over in more detail below.

Can You Put a Betta Fish in a GloFish Danio Tank 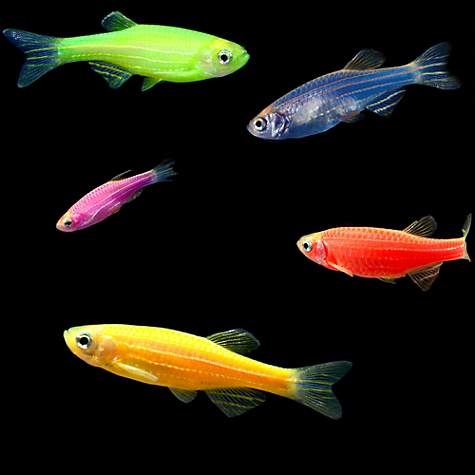 GloFish Danios (Buy Online) are peaceful community fish that will get along with a Betta. However, they are a fast-swimming fish that can easily outmaneuver a Betta, and they have a reputation for being fin nippers.

It’s a good idea to get a school of five or more GloFish Danios in order to focus their energy on forming their own social hierarchy. This will limit any conflicts that might arise with the Betta since the Danios will be too busy chasing and nipping at each other.

GloFish Danios should be kept in at least a 10-Gallon tank, and they will reach a maximum adult length of 2 to 2.5-inches. They can live for up to 2-3 years in captivity, and they prefer slightly cooler water that stays around 65-78 F, with a pH between 6.5 to 7.2.

Can You Put a Betta Fish in a GloFish Tetra Tank 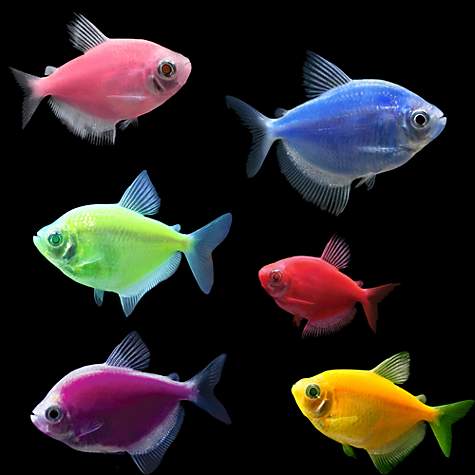 GloFish Tetras (Buy Online) can be kept in the same tank with a Betta. They are generally peaceful fish, and they are not very fast swimmers, and it is very unlikely that they will harass or nip at a Betta.

GloFish Tetras are a schooling fish and they need to be kept in groups of five fish or more. They rarely exhibit signs of aggression and they generally keep to themselves, which makes them one of the best fish for a community tank.

Warning: Long-Fin GloFish Tetras might not be a suitable tank make for a male Betta since the Betta could see the GloFish Tetras as potential male rivals.

In most cases, GloFish Tetras need to be kept in at least a 15-Gallon tank, but a 20-Gallon tank would be a better option.

GloFish Tetras will reach a maximum length of 2.5 to 3-inches, and they can live for 3-5 years in captivity. GloFish Tetras also have water requirements similar to a Betta fish since they prefer warm water that stays around 70-85 F with a pH between 6.0 to 7.5. 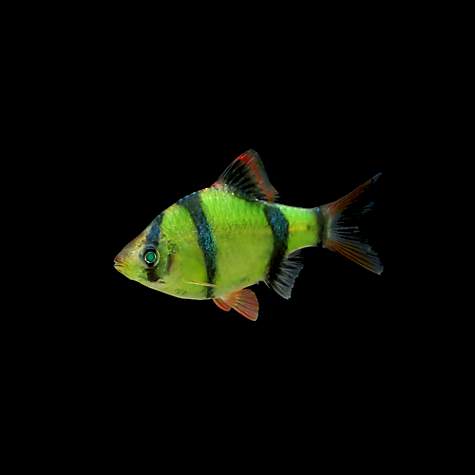 GloFish Tiger Barbs (Buy Online) are the one GloFish species that should not be kept in the same tank with a Betta. Tiger Barbs are very territorial fish, and they are known to be very aggressive towards other fish, and they will even relentlessly harass members of their own species.

GloFish Tiger Barbs would quickly and easily attack a slow-moving Betta fish, and they would inflict severe damage on a Betta’s long flowing fins. And even if a Betta fish could somehow hold their own against a Tiger barb the constant attacks would stress a Betta to the point where it would affect their health and well being.

Can You Put a Betta Fish in a GloFish Shark Tank 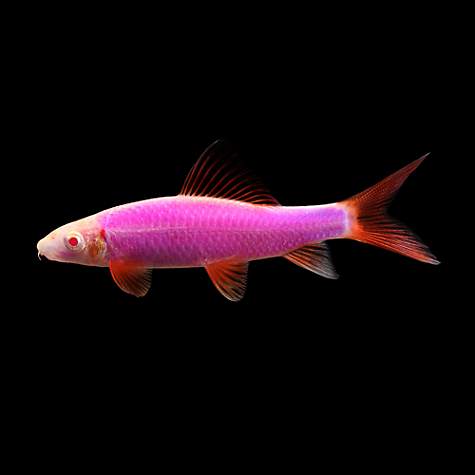 GloFish Sharks (Buy Online) can be put in the same tank with a Betta Fish as long as they each have their own territories. This isn’t hard since GloFish Sharks are bottom-dwelling fish that keep to themselves on the bottom of a fish tank, and Betta fish tend to spend most of their time near the surface.

As long as you have a large enough tank then a Betta Fish and GloFish Shark should be able to coexist in the same tank. And even if there are some minor conflicts GloFish Sharks rarely ever bite other fish, and in most cases, they will just chase fish away from their territory.

In order to keep a GloFish Shark with a Betta, you will need at least a 29-Gallon tank, but a larger 55-Gallon tank would be even better. GloFish Sharks can grow to be 6-inches long at maturity, and they can live up to 5 to 6 years in captivity. GloFish Sharks also need to be kept in water that has a pH of 6.8-7.5, with a temperature that stays between 72-80 F.

A GloFish Betta Sorority (Buy Online) might be a better alternative to keeping a Betta with another GloFish variety. An all-female Betta Sorority will get along well since female Betta fish aren’t aggressive towards members of their own species.

The GloFish Betta is the newest GloFish on the market, and they are rapidly becoming one of the most popular GloFish varieties.

The GloFish Betta Fish is also a great fish for beginners since they have the same care requirements as normal Betta fish. And they can even be kept in a bowl or a small 5-gallon betta tank.

A smaller tank can also be harder to maintain, and fish waste and nitrates can quickly build up in a small volume of water. That’s why it’s a good idea to keep a Betta fish in a larger tank especially if you plan on keeping a Betta with a school of GloFish.

The 5-Gallon GloFish Aquarium Kit (Buy Online) is the perfect tank for a single Betta. It comes with everything including a special GloFish light, filter, gravel, and ornaments. It’s vertical design also makes it the perfect fish tank for a kid’s room, office, kitchen, or any other place where space is limited. 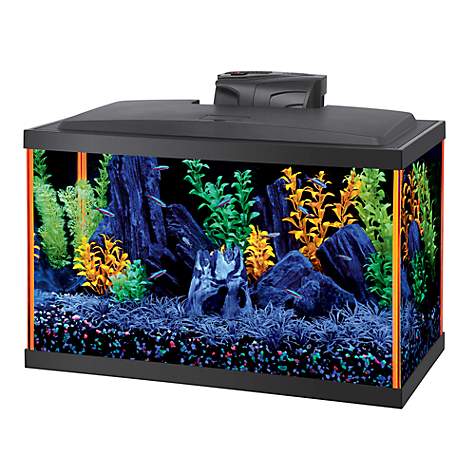 The GloFish 10-Gallon Tank Kit (Buy Online) is a great tank for a small school of GloFish Danios. This GloFish tank kit comes with a filter, gravel, ornaments, and a built-in LED light that’s made to bring out the vibrant colors of your GloFish. This tank also has special silicone seals that glow, which makes it stand out more than other GloFish tanks on the market.

The 20-Gallon GloFish Aquarium Kit with LED Lighting (Buy Online) is a great tank if you plan on keeping GloFish Tetras, GloFish Sharks, or GloFish Barbs.

This 20-gallon GloFish tank comes with a Heater, Fish Food, Water Conditioner, GloFish Ornaments, and a 20-Gallon Tetra Whisper Filter. It also has a low profile LED Hood with extra blue LED’s that will make all the fish and ornaments in the tank glow with stunning fluorescent colors.

How Much SafeStart Per Gallon

Urchins are a great addition to any reef tank. They help clean the substrate and also scavenge for leftover food. However, some urchins can be dangerous for corals and other marine invertebrates. On this page, you will find a list of reef safe urchin species that you can safely keep in a reef tank:   […]