If you are looking for the best saltwater fish for a 30-gallon tank, there are a wide array of options available. The main question you need to ask yourself is whether you want to keep aggressive or peaceful fish. If you plan on keeping aggressive fish that might limit the types of fish you can safely keep in a 30-gallon aquarium. If instead you plan on keeping peaceful fish, you might be able to keep a wider variety of fish and invertebrates.

The Flame Angel is a relatively simple fish to care for and is considered a good saltwater fish for beginners. The only real concern when it comes to keeping Flame Angels is their tendency to nip and damage corals. But this behavior is easily controlled by keeping a Flame Angel well fed. Flame Angelfish can also show a moderate level of aggression towards other fish, and this can be especially true in smaller aquariums. 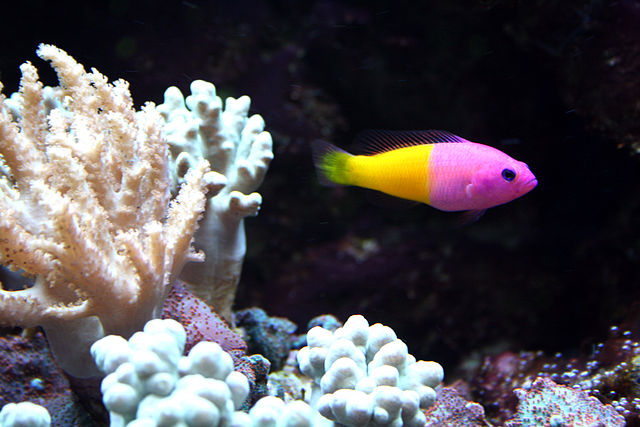 The Royal Dottyback (View Price) is a very attractive outgoing fish with a semi-aggressive temperament. The most prominent feature of the Royal Dotty Back is their half yellow and half purple body. The Royal Dottybacks unique coloration and outgoing personality will undoubtedly bring life to any sized saltwater aquarium.

The Pajama Cardinal (View Price) is a peaceful schooling fish with a myriad of eye-catching colors. The rear of their body is mostly a silver color with red and orange dots, which to some people mimics the appearance of a pair of polka dot pajamas. And since the Pajama Cardinal is a nocturnal fish, they have very large red eyes that give them a great deal of character.

The Pajama Cardinal is one of the best saltwater aquarium fish for beginners, they are very easy to care for and they easily adapt to most aquarium conditions. They are also a very peaceful reef safe fish and are a great addition to a community tank or a nano reef aquarium. Since Pajama Cardinals are a schooling fish they should be kept in schools of at least three fish at a minimum.

A 30-gallon community tank is the perfect size aquarium to keep a small school of Pajama Cardinals. As long as the other fish in the aquarium are also peaceful fish, the slow-swimming Pajama Cardinals will get along just fine. Pajama Cardinal will also need a lot of hiding places, especially during they day when they tend to be less active.

The Striped Blenny (View Price) is a peaceful fish with a big personality. The Striped Blenny has black and yellow horizontal stripes. Their head tends to be bright yellow which fades to white towards the middle of their body. Striped Blennies are primarily herbivores, and they have rounded heads and very sharp teeth. The sharp teeth which are sometimes called fangs are designed to strip algae from rocks and corals.

A 30-gallon tank is a perfect size for keeping a Striped Blenny. One thing to be aware of is that Striped Blennies are very good jumpers. If you have an aquarium with any openings or an insecure lid make sure to remedy any of those problems be fore adding a Striped Blenny to the aquarium.

The Purple Firefish Goby is a very peaceful fish and will get along with other similarly sized tank mates. Firefish Gobies do display aggression to members of their own species, so they should be kept as individuals or as a mated pair. 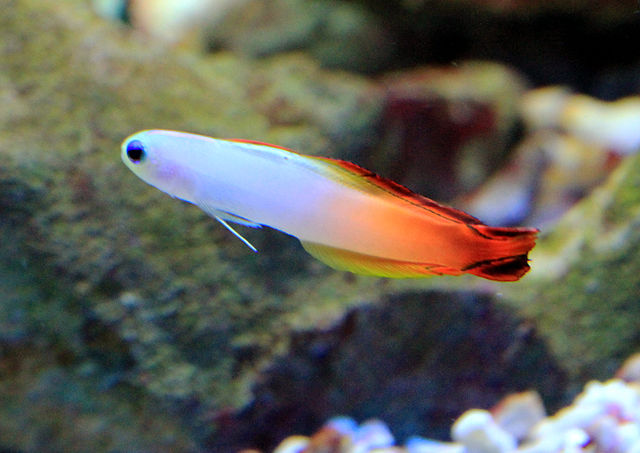 The Firefish Goby is a very attractive fish with its yellow head that transitions to a white body and a bright fire red tail. Another unique feature of the Firefish Goby is their large erect dorsal fin. The dorsal fin can reflect their mood. When it is fully erect that means they are confident and happy. And when it is flat against their body that usually means they are fearful or uncomfortable.

A 30-gallon tank is the minimum recommended tank size needed to comfortably house a Blue Spotted Jawfish. Since Blue Spotted Jawfish like to hide it’s a good idea to have a tank with a deep sand substrate and plenty of coral or live rock for them to hide under.

The Green Mandarin Dragonet (View Price) is one of those rare saltwater fish that are not only beautiful but extremely affordable. What truly sets the Green Mandarin Dragonet apart from most other saltwater fish is their vibrant colors. Their primary base color is a deep emerald green that is accented by blue and orange lines that artistically cover their whole body. 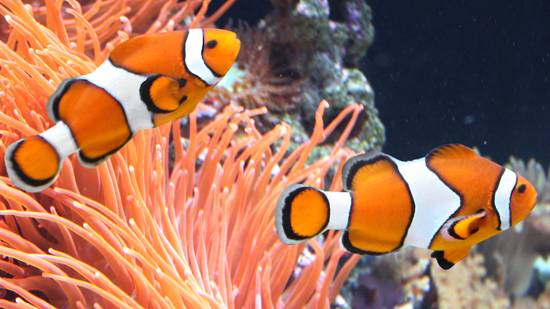 In order to keep a thriving reef tank, you need to make sure your water is completely free of any contaminants that might harm your coral colonies. That means you either need to buy purified water from your local fish store, or you can purchase an RO DI System. Owning your own reverse osmosis system […]

How many GloFish in a 10 Gallon Tank

GloFish are brightly colored fish that are perfect for anyone new to the fish keeping hobby.  At first, GloFish were originally only available in one species, the Zebra Danio.  Now they come in four different species that range in size from 2 to 6 inches.  That makes answering the question of how many GloFish in […]

We all know it can be a challenge finding the quietest aquarium water pump. All aquarium pumps will emit some sound, but there are submersible pumps and inline pumps available that have a low noise output. If you’re in a rush we recommend the Reef Octopus Varios (Buy Online) for larger aquariums. While the Hygger […]