How Much Hay Does a Guinea Pig Eat Per Day? The average guinea pig will need at least 1 oz (28 grams) of hay per day. This amount of hay will be more than enough to provide your guinea pig with plenty of roughage in their diet. In addition, you’ll  have enough hay leftover to use as bedding or nesting material.

Hay is a very important component of a guinea pigs diet. Hay is a rich source of fiber that helps promote healthy digestion, and it also acts as a source of trace vitamins and minerals. It can also serve as a prebiotic since the indigestible fiber in hay can help feed the beneficial bacteria in your guinea pigs intestines.

Hay will also help keep your guinea pigs teeth filed down thanks to its fibrous texture. This grinding process is very important since guinea pigs that eat only pellet food can have overgrown teeth that might require medical attention.

Feeding your guinea pig fresh hay each day will also help stimulate their natural behaviors. In the wild guinea pigs will forage throughout the day, and they primarily browse on coarse roughage that’s similar to hay in its nutrient content and texture. 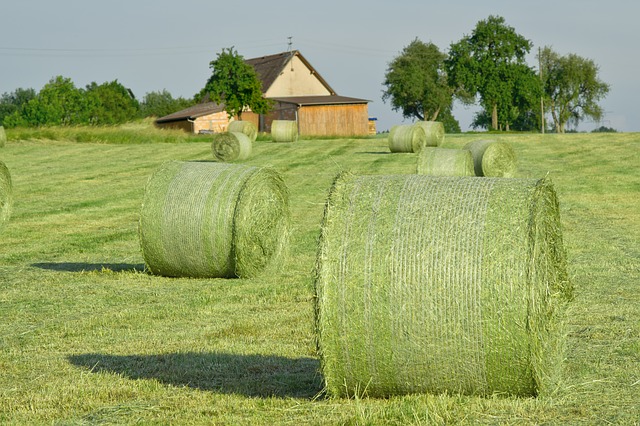 By now you know hay is key to a guinea pigs health and well being. But you might be wondering what’s the best hay for guinea pigs. There are a number of different types of hay that you can feed your guinea pig, and each one has its own benefits.

In most cases, it’s a good idea to feed your guinea pig a varied diet with a mix of different types of hay along with a vitamin C fortified guinea pig pellet. This will ensure that your guinea pig is getting all the nutrients they need to keep them healthy and active.

In the following sections, we’ll go over each type of hay and the pros and cons of adding each one to your guinea pigs diet.

Timothy Hay (Buy Online) is the best hay for guinea pigs, and you can easily find it online and in most pet stores. Timothy hay is very high in fiber and it contains minimal amounts of protein and calcium. It also tends to stay fresh in storage longer than most other types of hay thanks to its low moisture content.

Timothy hay can serve as a staple in your guinea pigs diet, and it won’t cause any problems with their digestion. Although, it would still be advisable to feed your guinea pig a few different types of hay to add a little variety to their diet.

Meadow Hay (Buy Online) is a mix of dried grasses, flowers, seed heads, and legumes. It is a very rich source of fiber, and it’s a good source of vitamins and minerals. The high fiber content in meadow hay will also help keep your guinea pigs teeth ground down, and the blend of grasses and seed heads will definitely pique your guinea pigs interest.

Meadow hay also tends to cost less than timothy hay, so you can save a little money mixing it in with more expensive grasses. You just want to make sure that you get fresh green meadow hay since most guinea pigs won’t eat old brown meadow hay that has lost all of its flavors.

Oat Hay (Buy Online) makes a perfect addition to a guinea pigs diet to give them something with a little different taste and texture. It’s an excellent source of fiber, and it contains minimal amounts of protein and calcium. 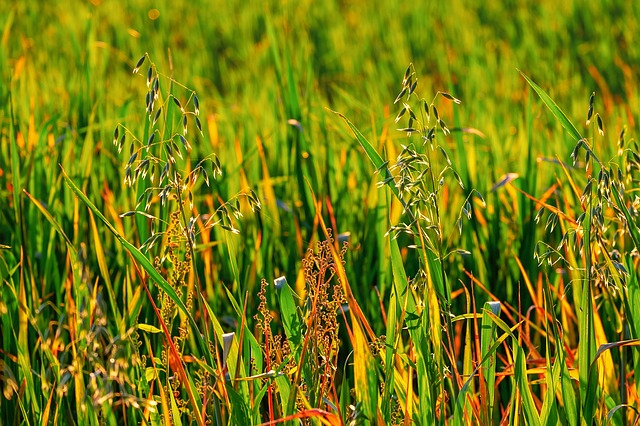 Oat hay is primarily composed of oat grass that was cut in the early stages of flowering. The seed heads tend to be immature, and the oat grains inside are usually not fully developed. That makes it perfect for a guinea pig since the undeveloped seeds are very easy to digest, and the long fibrous stalks are something most guinea pigs will absolutely relish.

Alfalfa Hay (Buy Online) is not a grass but it’s actually a legume. Like most other legumes it has a very high protein content, and it’s a very good source of calcium. Alfalfa hay is also very easy to digest, which makes it a great choice for young guinea pigs that have immature digestive systems. 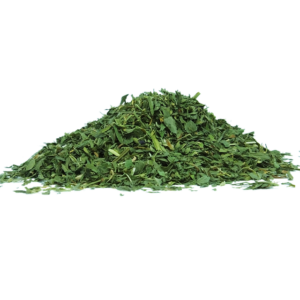 Alfalfa hay should only be fed to guinea pigs in moderation since it can cause diarrhea due to its high protein content. The calcium in alfalfa can also lead to kidney stones and bladder problems if a guinea pig eats it in large quantities.

The cardboard nesting box is also 100% edible, and all the inks used in the graphics are vegetable based and completely non-toxic. Moreover, if your guinea pig doesn’t want to eat the box they’ll absolutely love hiding out inside of it

Oxbow Natural Science Vitamin C Supplement (Buy Online) will provide your guinea pig with all the roughage and vitamin C they need in a small easy to chew hay tablet. This supplement is made from Timothy hay, and each tablet contains enough Vitamin C to meet your guinea pigs daily vitamin C requirements.

Timothy Hay Chew Sticks (Buy Online) are a convenient way to add some hay to your guinea pigs diet. These chew sticks are made from Timothy hay, and they have been baked at low temperatures to drive out excess moisture which helps prevent them from spoiling in storage.

Why Do Guinea Pigs Eat So Much Hay? 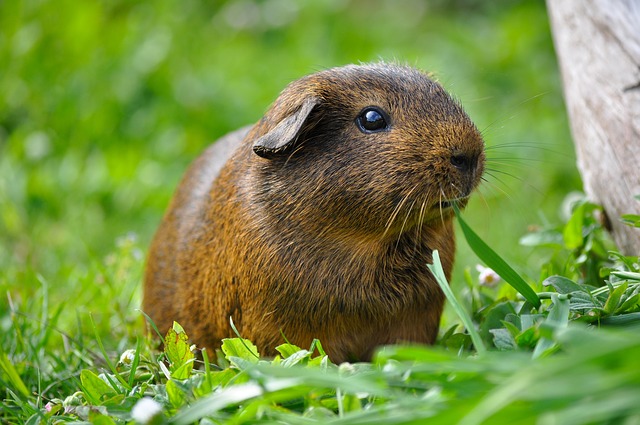 Guinea pigs like most animals will tend to eat as much food as you give them. If you think your guinea pig is eating an excessive amount of hay you can try to cut back their portions until they are only going through about 1 ounce (28 grams) of hay per day.

In some cases they might be eating lots of hay due to stress, or because they have an underlying dental problem.

If you think they are stressed you can try to give them some places to hide and that should help make them feel safe.

You can also get them toys to give some extra enrichment. Chew toys will also allow them to grind their teeth without going through so much hay in the process.

Can You Give a Guinea Pig Too Much Hay? 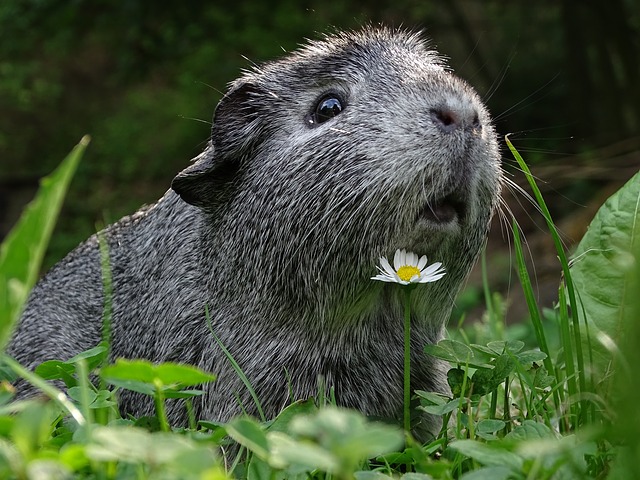 For the most part, it’s a good idea to limit your guinea pig to about 1 ounce of hay per day. If they eat a little more than that it won’t be a big problem, but it could fill them up and cause them to eat less of their pellet food.

If they don’t eat enough of their pellet food they might not get the nutrients they need, which could cause them to suffer from health problems over the long run.

If you’re a rabbit owner, you know that cords can be a big temptation for your furry friend. To keep your rabbit safe and prevent them from chewing on cords, you need a good cord protector. On this page, you’ll find the best cord protectors for rabbits along with tips on how to use them. […]

Best Toys for Gerbils – What Do Gerbils Like to Play With

If you’re looking for some new toys to keep your gerbil entertained, look no further! We’ve gathered some of the best toys for gerbils, so your furry friend can have a blast playing with something new. From chew toys, exercise wheels, tunnels, tubes to foraging toys and more, there’s sure to be something here that […]